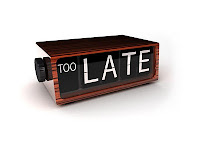 It’s hard to believe, but the last time we posted something to this blog Rosh Hashanah 5772 hadn’t occurred yet, Andy Rooney was still alive and could be seen on 60 Minutes, and the idea of having a major snowstorm in October that would cripple the Northeast sounded crazy.  But, here we are 9 weeks later and a lot has changed.

In an effort to catch you up in all things Areyvut (and somewhat Areyvut related), I present you with this list.

Week of Sept. 26th – Areyvut celebrated Ilana H.’s birthday.  Another one of our former interns turned another year older.  The Jewish people of the world endured their first three day Yom Tov with several more to come before the holidays would be over.

Week of Oct. 2nd – Many observed Yom Kippur and an oddly high fraction of those I spoke with were sufficiently ill while fasting…myself included.

Week of Oct. 9th – The second of the three day Yom Tov observances came and went with Succot.  It was so windy, we literally blew the roof off the place.

Week of Oct. 16th – The light at the end of the tunnel…Shmini Atzeret, Simchat Torah and Shabbat…and then a break from holidays with so many restrictions until Passover.

Week of Oct. 23rd – Believe it or not, we interviewed a potential intern this week.  We love when people are eager and excited!  Oh, and we also lived through the freak October snowstorm.

Week of Oct. 30th – While we got through the snowstorm unscathed, the power in the Areyvut office wasn’t quite as lucky.  We had a mandatory snow day for 2.5 days.

Week of Nov. 6th – Election Day and Veteran’s Day were observed.  I actually voted even though the person I was voting for was running against himself for his District Attorney seat.  I hope he won.  Also, Areyvut honors and salutes our veterans and thank them and their families for the sacrifices they have made for our country.

Though we are essentially all caught up to this point, I would be remiss if I didn’t make mention of another birthday coming up this week.  (If for no other reason because if I didn’t it’s likely we wouldn’t hear about it until 2013).  Happy Birthday Jordana “Jerd” S.!  And a Happy Thanksgiving, Rosh Chodesh Kislev and Chanukah to all (just making sure all my bases are covered for a while).