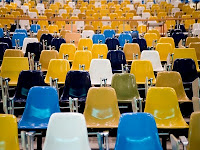 It’s that time of the day again, when I sit staring at my computer screen trying to think of something to type for the Areyvut blog. Often times this process is rather short. Daniel will give me a topic and I will write about it, though I think he’s usually surprised by what I come up with. For instance, the week he told me to write about the Disney Give a Day Get a Disney Day program. I wrote about it, but I mainly wrote about how I sat on hold waiting for a representative to talk me through my most recent problem with the system. I would imagine that Daniel would have covered the actual program.

Which brings me to today’s topic…If you want something done right, do it yourself. I have been a longtime supporter of this movement. However, I think I became an even greater supporter of it when I was in college and had to work on a dreaded group project. I was never in that group where everyone got along, exchanged phone numbers and then invited one another over for social gatherings to laugh about the good old times in PSYC 100. In fact, no matter what group I was ever in, I was always sure that had the professor just assigned me all of the work it would have gotten done faster, more efficiently and without me wanting to cause bodily harm (I never did) to my group mates. 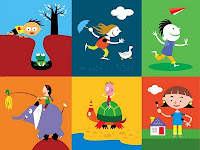 Nonetheless, as the summer looms closer we here at Areyvut are getting ready for the mother of all groups…the Summer Internship Program. If you are still reading (and I haven’t yet scared you away) I am hopeful that you will apply, the process is easy, just send me an email: sharon@areyvut.org). For everything that went wrong when I was a part of a group, everything goes right here. The Summer Internship Program affords high school and college students the opportunity to intern for Areyvut where they will learn about nonprofit structure, assist and facilitate with program development, join the staff on weekly volunteer and educational trips and hopefully build lasting relationships not only with the Areyvut staff, but with their fellow interns. As a witness to watching individuals become friends and function as a group, I can tell you first hand that it is a wonderful thing to witness.

What I find most interesting is that for someone who has been so anti-group for so long, I find myself longing to be a part of it throughout the summer. Sure, it would be easier for me to do all the work myself (rather than teaching someone else what to do, though it would certainly take me longer to do the work of 4 people). But, I’d be lying if I didn’t want in on the inside jokes and the camaraderie that comes along with being a part of a (functional) group. For as much as I make fun of it, I suppose that’s why Daniel welcomes all of the interns to Team Areyvut, because (and I can’t believe I am writing this) Together Everyone Achieves More. I like the notion, but I’ll stick with calling it Camp Areyvut.